The reservations for Tron’s brand new webinar about mixing and mastering are now open!

Get to learn how to do the cleanest possible mix of your tracks and analyze, structure and understand your own first master chain under Tron’s supervision.

Patricio aka Tron started building compressors and equalizers for mastering in 2011, and has since then dedicated himself to the mixing and mastering of his own tracks, as well as for countless other artists and labels, founding “Homegrown Audio Mastering”.

This webinar will teach you the mixing and mastering principles from Tron’s perspective. Because of the nature of this topic, a good pair of headphones or monitors with an acoustic setup is warmly advised for this lesson.

Everything explained from the most basic elements like EQ and compression uses and artifacts, to some more complex ones like parallel processing, phase correlation issues/correction etc...

Finally, you will create a master chain and Tron will give an explanation on each step of it, providing all the knowledge you will need to make your music sound like you have always wanted. 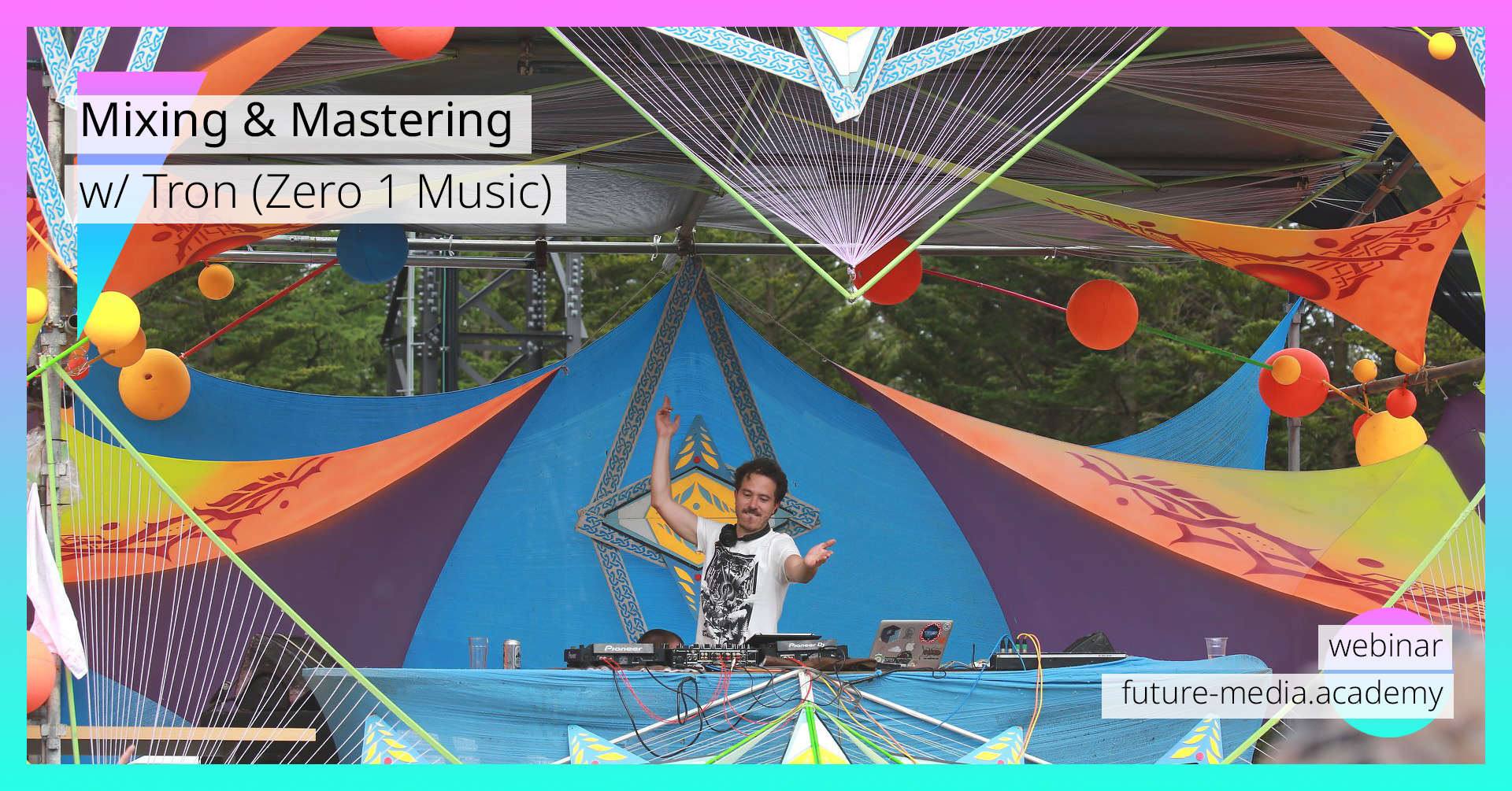 Patricio aka Tron is an expert psychedelic trance producer from Mexico City. His career started in the year 2000, and progressed quickly until he started touring regularly around Europe and South America in 2004.

In January 2006, his first album "Existence" was released, followed by his second and third ones "Bio-Logic" (May 2009) and "Boundless" (September 2017). The entire trilogy was released on Zero1 Music, of which he is a stable member until these days.

Alongside his music production activity, Tron has been mastering and building analog audio equipment since 2011 under the brand name "Homegrown Audio".