Mimic Vat from the legendary Kamino Records welcomes you to the insoluble and forceful world of sound dynamics!

Dynamics is one of the most fundamental aspects of music production, with the capacity to affect the listener’s whole perception of sound.

In this webinar, Mimic Vat will approach and explore one of the oldest audio processing tools: the compressor. Invented in the 1930's and still the one of most used tools in every professional studio, tv or radio station.

Mimic Vat will deconstruct this audio unit to the bone and get you to know it inside out: from its different types, usage and processing, to effective compression techniques.

Make sure you catch the chance to learn how to shape your music according to your intentions… and much more within! 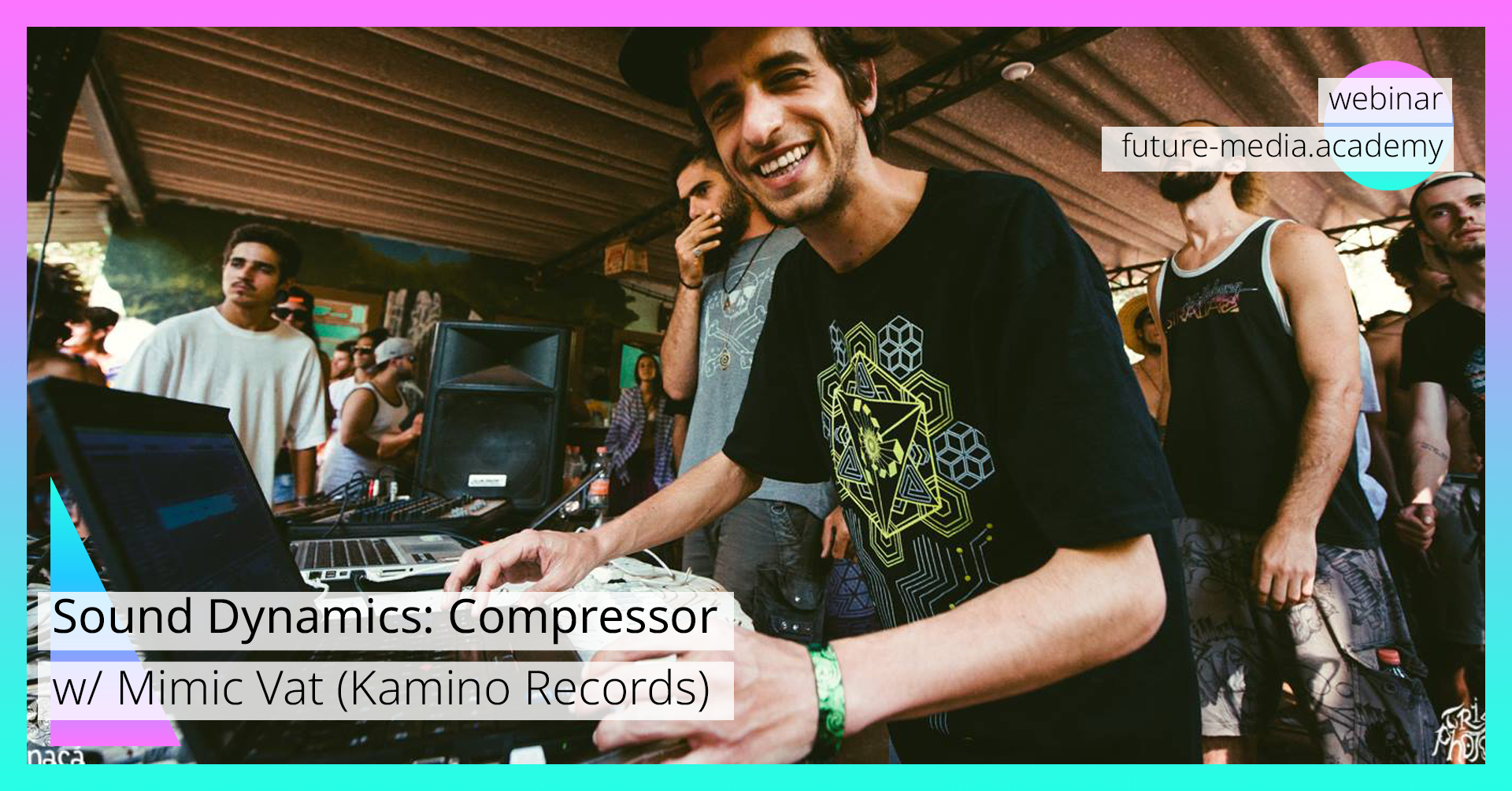 André Penalva, is the name behind the project 'Mimic Vat'; an electronic music producer based in Lisbon, Portugal. Started in 2008, and with his live-set debut in 2011, Mimic Vat is a hitech project with a wide range of bpm, structure, harmony and sound-design techniques.

Having released and currently part of Kamino Records, he has collaborated with some of the world's best psychedelic artists and released on labels such as Osom Music, Alice-D Records, Noise Poison, Namo, Freak Records and more. Furthermore, he is one of the co-founders of the split projects 'Gotavat' and 'Pharmacy Kids Story'.

Over the past few years he toured over 5 continents: from Australia, India, Brasil, Mexico to Europe, playing at some of the most epic and legendary gatherings ever, such as Ozora, Hadra, Masters of Puppets, Anacã, PsyCircus, Anti-Gravity and Spirit Gust.