Materials: The full project of the track created during the course

We are delighted to introduce a new course about Twilight Music Production featuring Radikal Moodz and Earthworm from the Italian label Looney Moon Records.

Twilight music is a Psytrance subgenre suitable for night and day, characterized by dark and edgy melodies and deep grooves. It's often called Dark Full-On.

During this course, students will learn how to set up their mindset and objective to create a powerful and memorable Twilight music track to catch the listeners' attention.

Let your imagination run wild during this Twilight music production course. Whether you are an experienced producer or just getting started, you will find valuable information throughout the lessons.

Learn about different concepts of producing a quality track using new techniques and software. Discover your core skills and blow away your listeners with a mind-blowing track.

While learning new synthesis concepts using different tools, Earthwork and Radikal Moodz will explain to the bone all their secrets and techniques to create original sounds and instantly get the right workflow for starting a collaboration project. 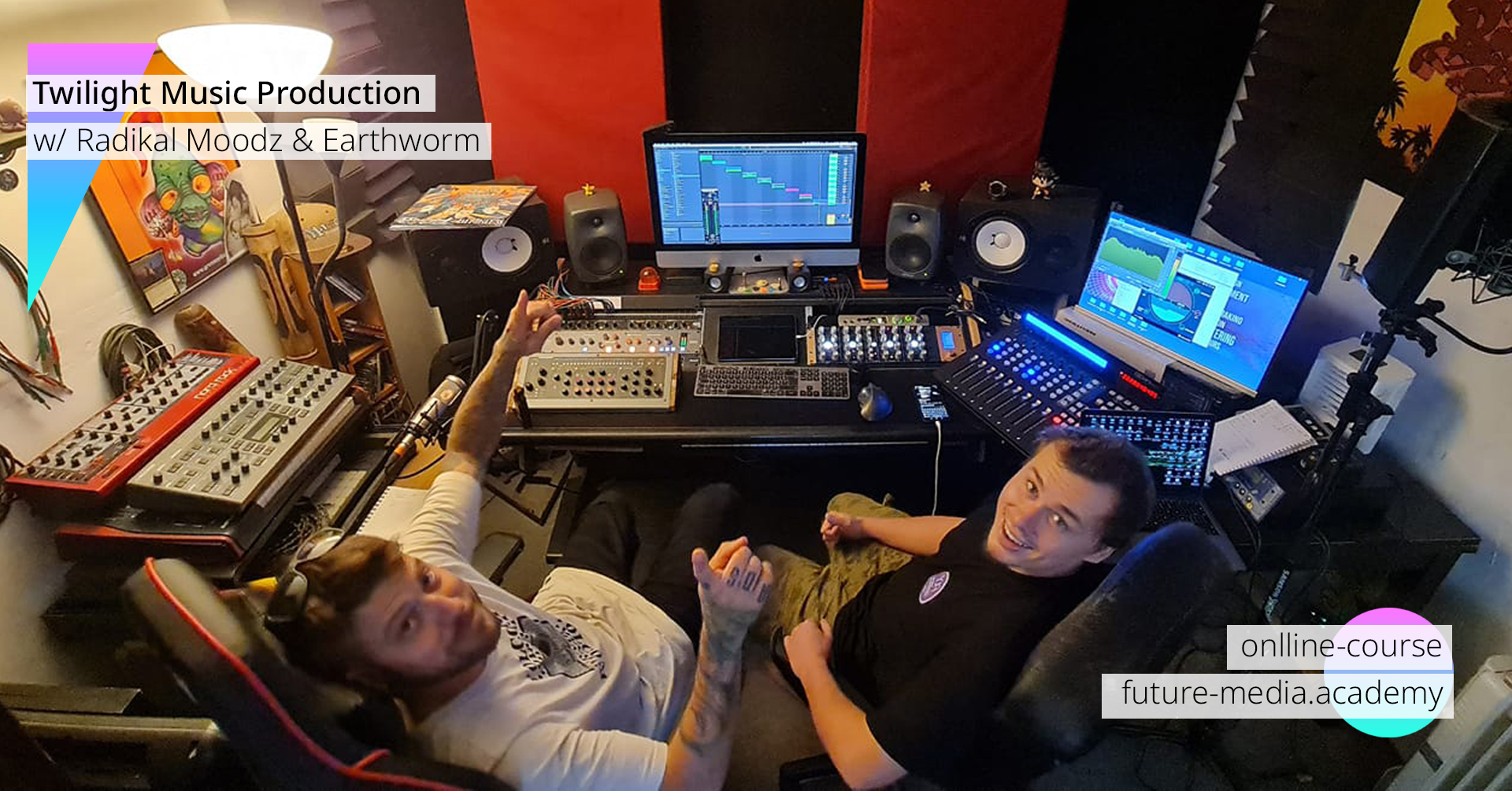 Radikal Moodz (Maxime and Dominique) are the an innovational psychedelic music project from France. They began making music together in 2016, originally on Maharetta Records (Spain) and signing to the mighty Looney Moon Records in 2017.

Since then their debut, they showcased their music at events such as Tierra magica (MX), Own Spirit Festival (ES) , Hadra Festival (FR), Insomnia Festival (PT) and many more.

He has always been interested in music in all its forms, starting by playing in a metal and rap band at a young age.

His adventure in the psytrance scene begins in 2013, when he started the Oddwave project: a progressive trance at 135 bpm, resonating around the greatest French parties and festivals.

His latest project ‘Earthworm’ is a powerful and groovy psytrance project close to 148 bpm with unique textures designed by him and signed to Looney Moon Records.

As Earthworm, he has brought his music to the biggest international stages of festivals such as Ozora, Universo Paralello, MoDem, Noisily, Waldfriëden, Vision of Nexus, Hadra, Reperkusound and many more.

Finally, his rich expertise in the field of electronic music led him to open his own recording mixing and mastering studio, "OddWave Studio", and to pass on his know-how by giving numerous courses through the Hadra and Transubtil MAO workshops.