Have you been looking to jumpstart your production skills and don’t have the time (or money) for one of our full length courses? This is the perfect webinar for you!

Join Kabayun as he gives a crash-course in Psytrance music production with Cubase 10! 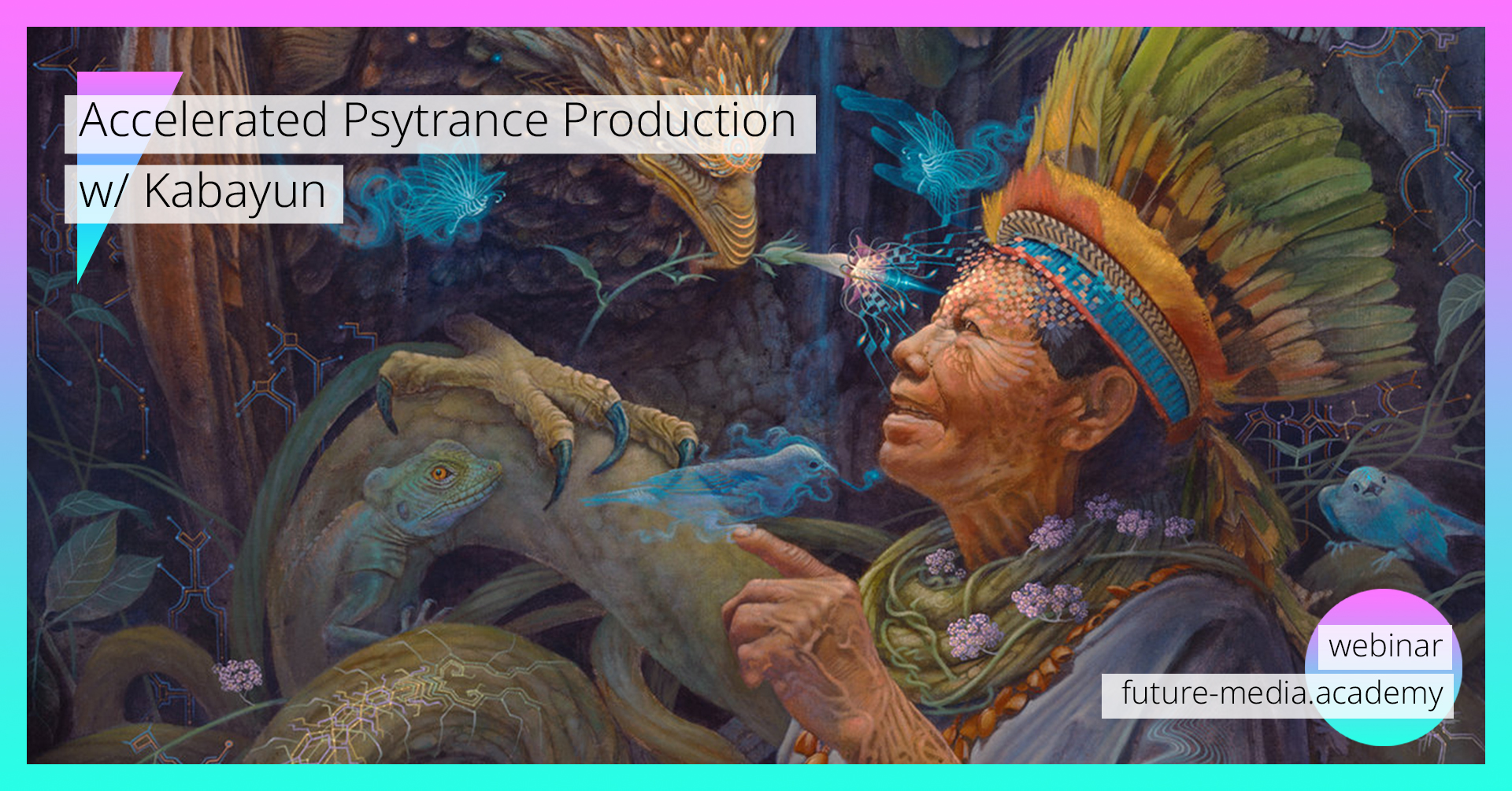 In a 3 hour webinar+Q&A session, he will go over all the basic building blocks of a psytrance track including Kick, Bass, Percussion, Leads and Atmospheres, using FX plugins, audio manipulation, samplers, MIDI, composition and arrangement, EQ, compression, mixing techniques and more.

In order to cover everything in a short time, we will be doing a combination of creating new sounds with software synthesizers, and using the killer sounds and samples from “Wacky Characters" by Ingrained Instincts & Module Virus (Sangoma Records).

By making a remix instead of starting completely from scratch, we will cut down on wasted time and be able to focus on what’s really important, crafting a track and writing music!

Kabayun is very excited about this webinar. Sign up now to join him for what will be a very fun and informative session!

Kabayun is the project of David Mostoller, a psytrance producer from the United States. After spending many years honing his sound, performing around the USA and organizing parties in New York City, David has spent the last 5 years touring the globe, performing in many European cities, in North and Central America, Asia, India and Australia, and at many of the top summer festivals in Europe, including Ozora, MoDem, Antaris, Summer and many more.

After releasing his debut album on 2to6 Records in 2011, in 2012 David joined the team at Looney Moon Records, based in Italy. In 2015 he joined Sangoma Records, a label based in Germany that promotes psytrance without genre boundaries, which is a perfect fit for his music, which floats in the border zone between twilight, forest, and dark, pulling elements from each, for a full power, psychedelic and very danceable vibe.

His tracks have been featured on many compilations and releases from top psytrance labels over the years, currently David is working on a ton of new music, including a new EP and an upcoming album on Sangoma Records, as well as many collaborations with some of his favorite artists and friends in the scene.

Kabayun’s music intends to create an environment that stimulates the listener to release themselves from the trials of everyday life and confront their challenges through the trance dance experience. Channeling the spirit of the west, Kabayun pulls together many elements to create an intensely psychedelic experience that lifts the body and the mind to undiscovered plateaus….

Sign up for a new updates about the course