The mighty KinDzaDza is back behind the desk!

With his unique taste in sound production, KinDzaDza always comes up with interestingly unique music that can't be matched with any other psychedelic trance producer. His soundscape is currently growing and expanding its room in the world of music, while bringing back the roots of true futuristic trance music. 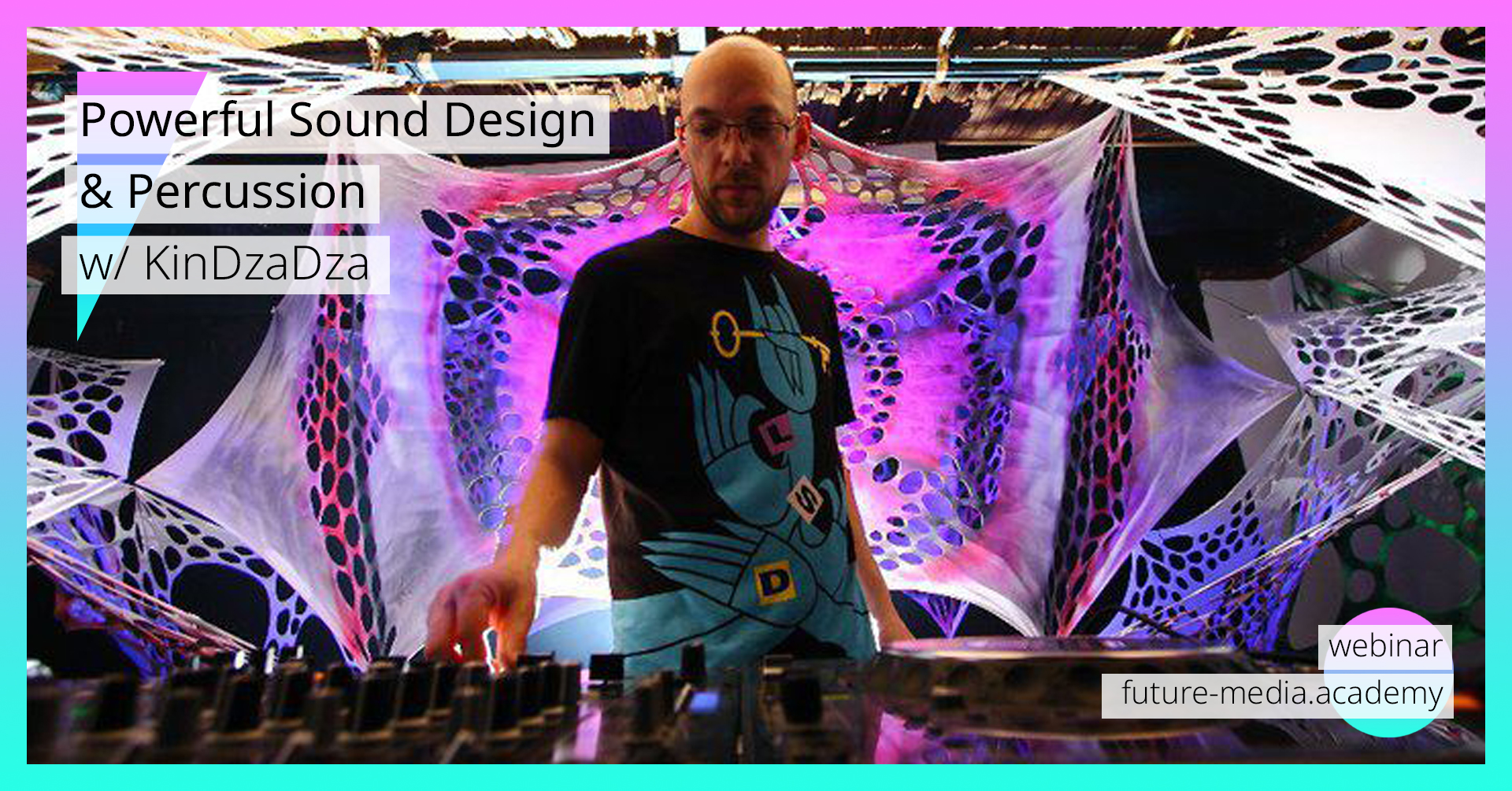 Gain the next level of sharpness for your powerful dance music productions with a precious 3-hour lesson on complex sound design and percussion.

KinDzaDza will take you through the many synthesis techniques at the base of successful underground music production:

In addition to this, KinDzaDza will teach you how to effectively use soft synths such as Waldorf Largo, Applied Acoustics Chromophone, KINDZAudio DDZynth, Bitwig Grid, Sugar Bytes Factory, as well as hardware gear as Eurorack Modular and DSI Tempest.

Cherry on top: some juicy arrangement tips directly from Master of Osom Music in person!

All the knowledge you need is inside KinDzaDza’s classroom.
Step in… or be doomed!

As a child, Lev KinDzaDza loved taking clocks and watches apart. When he got bored with that, he began to build computers. He then discovered that computers could also make nice sounds. Lev was hooked.

Later in life, he travelled to Goa India, where he continued his musical journey creating psychedelic trance designed for a powerful and immersive dancing experience. Lev believes that dancing is the most accessible way to reach harmony with inner and outer space, as is shown in centuries of experience for people around the world.