Materials: The full project of the track created during the 4 webinars.

Did you know that #zero1hasmorefun? Let’s enforce the motto!

We have decided to tighten up our collaboration with the mighty Zero1 Music label by presenting a 4-chapter production course led by some of the Zero1 leading artists.

You will get the chance to work side-by-side with the Zero1 music heroes on the production of a real tune to be released on Zero1. 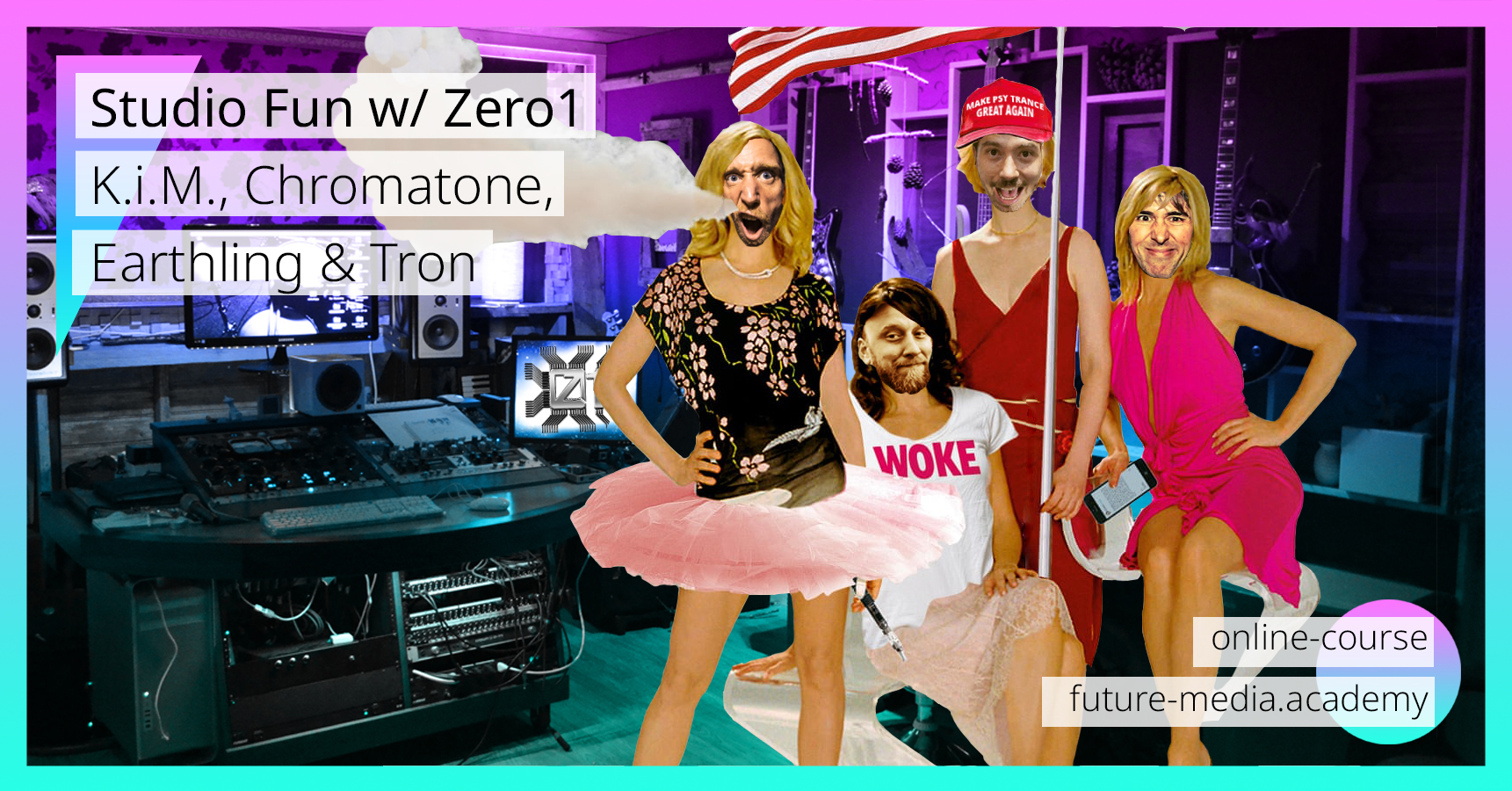 At the end of the course, the artists will share the project of the track with the full live-course attendees only, for you to manipulate and get enrolled in a remix challenge: the best remix provided will be released on Zero1 Music too!

As the Zero1 course is divided into subjects, you can either take each lesson separately or take the whole course at a discounted price.

The course will teach you

Joakim Fogelmark is the man behind K.i.M., one of Zero1 Music’s foreline projects, as well as other successful psytrance ventures such as Filterheads (Wildthings Records) and Kryptone (Bom Shanka Music).

K.i.M. started producing Psy-Trance, Techno and Minimal House when he first got his studio equipment in 1999 and began DJ-ing in various parties in London and around the globe.

His first release “Party In The Woods” came on Grasshopper Records, Japan in 2012, and was very well received. Since then, he released over 100 tracks on the top psytrance labels across various compilations, e.p.’s and his solo album ‘The Real K.i.M Shady’ on Zero1 Music.

Chromatone has been producing electronic music for over two decades and surprised audiences across the world with his unique sonic style and buoyant stage energy.

Through deeply emotional connections to music and masterful employment of intricate sound design, Chromatone takes his listeners on some truly epic sonic journeys.

Working with many industry leaders of Psytrance, his massive knowledge and vision on diverse types of music has yielded a huge catalog of unforgettable classic tunes.

Patricio aka Tron is an expert psychedelic trance producer from Mexico City. His career started in the year 2000, and progressed quickly until he started touring regularly around Europe and South America in 2004.

In January 2006, his first album "Existence" was released, followed by his second and third ones "Bio-Logic" (May 2009) and "Boundless" (September 2017). The entire trilogy was released on Zero1 Music, of which he is a stable member until these days.

Alongside his music production activity, Tron has been mastering and building analog audio equipment since 2011 under the brand name "Homegrown Audio".